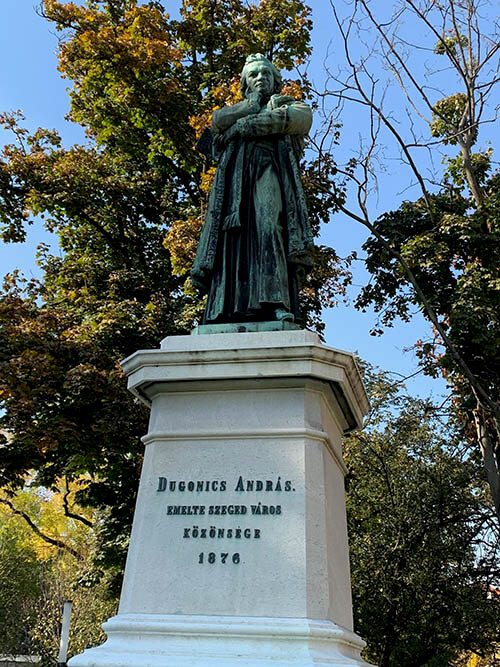 The Dugonics Society is the oldest, still operating civilian association in Szeged. The society was founded in 1892 by the most prominent citizens of the city. Its founders, later members were writers, scientists and artists who defined the intellectual image of the city. Its first era lasted until 1948, then it was re-founded in 1992. The Dugonics Society is operating in the spirit of the original purpose of its founders, tailoring its activity to the possibilities and requirements of the modern age. The aim of the society is patronizing the cultivation of Hungarian science and arts, spreading and promoting their results on the Hungarian Great Plain in general, but especially in Szeged and in its outskirts. In order to accomplish its aims the Society carries out constant activities: organizes readings, performance nights, literary and artistic ceremonies, supports the recognition of the relations of the Hungarian Great Plain and Szeged. It provides information about its operation and programs on its website. It acknowledges the work of its members and other scientists by rewarding grants and honourable titles. The Society does not pursue any political activities, its organization is independent from political parties and does not support them in any ways.